IMPORTANT: Given the confusion regarding the previous rig being labeled "FTDX101MP", we changed the name to reflect that BOTH rigs have the exact same commands with one exception (more about that in a moment). 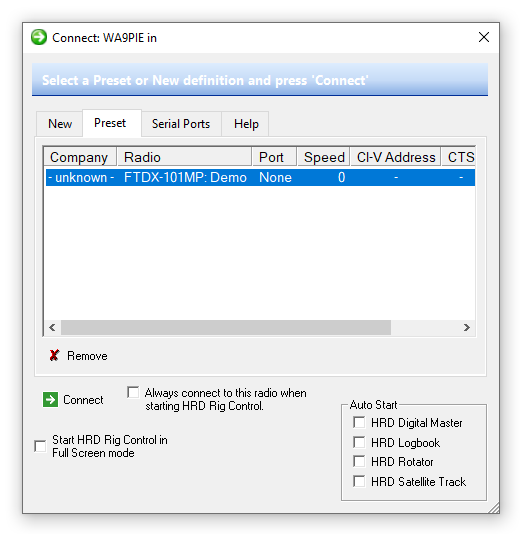 Everything is fine. All you need to do is click on it, click "Remove" to remove the radio.

Then add the radio that appears as the "FTDX-101D/MP".