Yaesu USA have advised us to remove some of the controls from the FT-817, FT-847, FT-857, FT897  which were not directly supported by the firmware CAT command set.

We HAD to do this as the V5 and previous developers had added some of their own code that wrote directly to the flash ram on the rig, this has been causing the flash ram chips to fail, and Yaesu can no longer get replacement chips. So we have had to remove this kludge code and can only use the official CAT commands now.

We have taken this action to prevent damage to user’s radios.

We would be negligent if we failed to take this action.

We strongly advise that you do not run any version prior to 6.3.0.410 otherwise you are risking destruction of the memory device; this will stop your radio from functioning.

You are free to discuss this with Chris Wilson at Yaesu USA.

The only functions we can run are the ones that are in the FT-817, FT-847, FT-857, FT897 control set. See the operating manuals for further information. This results in the following command screen with limited buttons and no sliders. 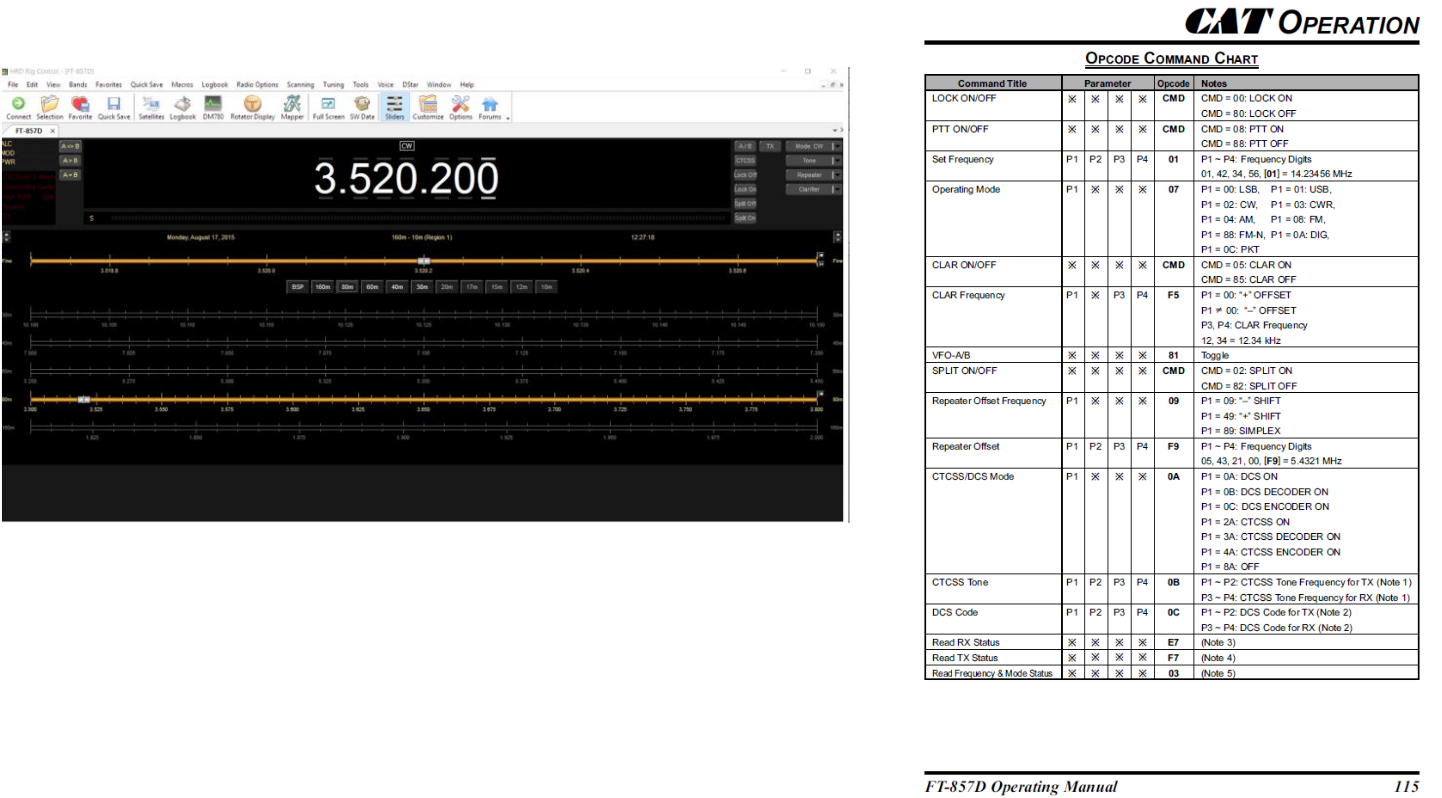