We get this question quite often. The answer is - we would LOVE to do that. But... it's complicated.

We have the greatest respect for Dr. Taylor (K1JT) and his team who have been working on the WSJT project. Dr. Taylor has been clear about his expectations under the GNU Public License (GPL v4). Specifically, the following:

"GPLv3 guarantees end users the freedom to run, study, and modify the software, so long as the same licensing terms are extended to any new software derived from or dependent upon our source code."

Attached is the the article "The FT4 and FT8 Communication Protocols" published in QEX in July/August 2020.  A specific callout to the concluding remarks regarding software licensing as follows: 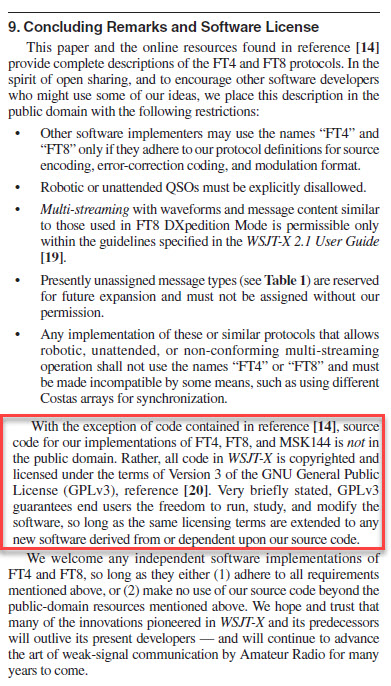 The full QEX article can be downloaded >>HERE<<.

If this would force us to publish the source code for any portion of Ham Radio Deluxe, then it blocks any attempt for us to build-in FT8, FT4... or any other modes in WSJT-X.